EDEN ISS is a consortium of private and public organizations from around the globe that have teamed up to advance controlled environment agriculture (CEA) technologies. The objective of the €4.5 million project is to help achieve safe food production on board the ISS, future human space exploration vehicles and planetary outposts. 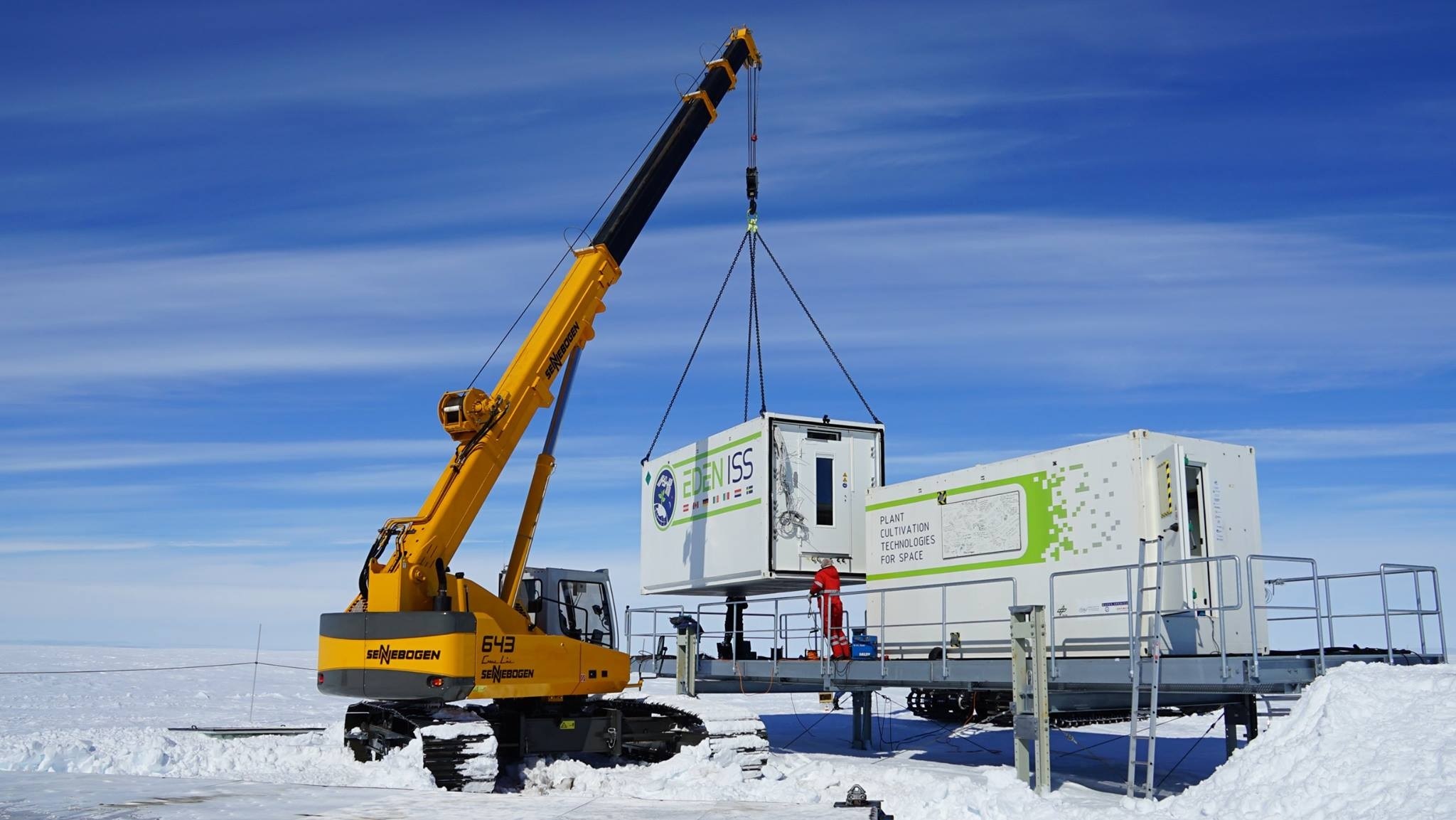 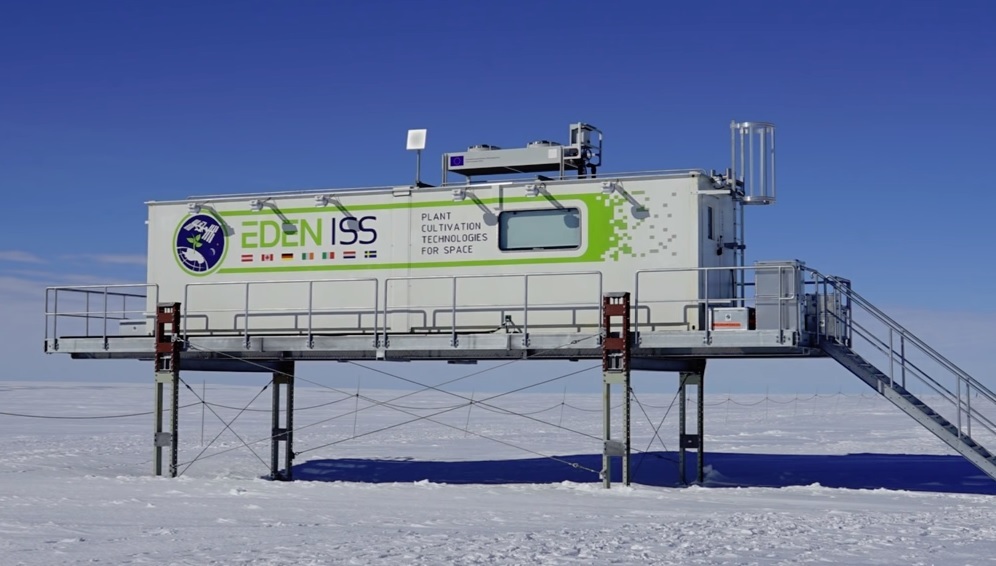 Comprised of leading experts from Europe, Canada and the USA in human spaceflight and CEA technology, researchers aim to address the supply of food for long-term missions to outer space by performing an Antarctic ground demonstration of plant cultivation technologies in controlled environments.

The reason for the ground demonstration is that humans require bio-regenerative life support systems in space. Plants play a crucial role in the development of those life support systems, be they for space stations, transit-vehicles or eventually habitats on the Moon and Mars. Plants contribute to food production, carbon dioxide reduction, oxygen production, water recycling and waste management. In addition to providing for human physiological health they also have a positive impact on the psychological well-being of crew members.

In order to cultivate healthy plants from germination to harvest, plant health infrastructure is put into place to monitor and control plant growth and detect pathogens. With current hardware and software solutions, it is possible to manage all data and ensure storage and remote access/control of the Mobile Test Facility (MTF) from the Neumayer Station III in Antarctica and from the various User Home Bases located in the EDEN ISS control centers distributed throughout Europe and North America. This way consortium partners and scientists have real-time access to the MTF and can provide feedback and advice to the expedition team on site. One audio conferencing system as well as one video conferencing system will be available on site, in addition to the following array of sensors and actuators:

As described by Conrad Zeidler, responsible for monitoring and controlling the plant and environment parameters within EDEN, the test facility consists of two 6 m high containers placed on top of an external platform located approximately 400 m south from Neumayer Station III in Antarctica. The MTF is subdivided into three distinct sections: 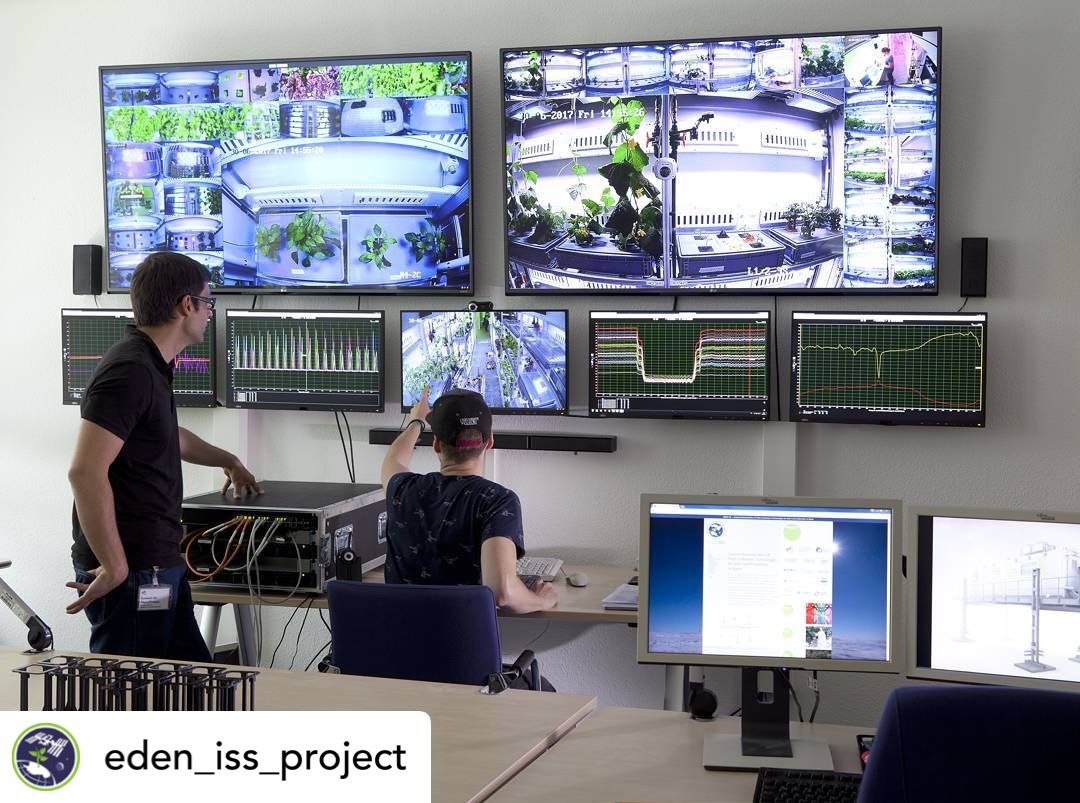 This Insight was based on information drawn from the following EDEN ISS resources: